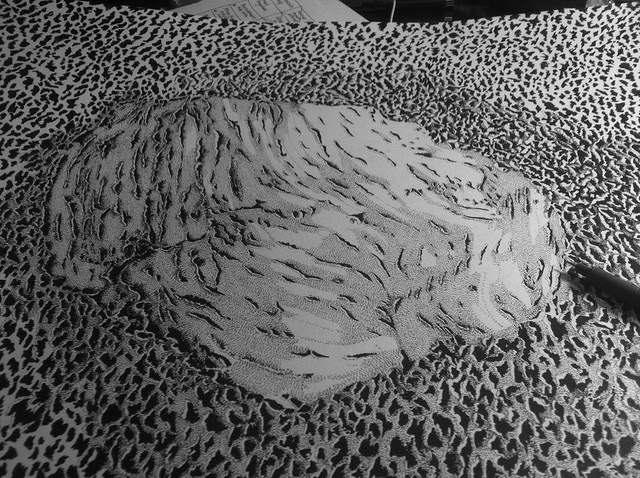 All I can say is that these drawings now involve zillions of dots and I actually find the repetition terribly addictive and time consuming. I'm preparing it for a group show at Lasalle ICA on the 17th. That's way too soon. HANG ON, ITS IN A WEEK'S TIME???

In case you were wondering the above sketch is based on a hole in the plaster finish of George's ceiling. Curiously this hole lies directly above the bed so I have been staring at it.... staring.... just staring at it for ages. So I decided it would be the next thing to be mapped in detail.

Posted by debbie ding at 9:31 AM No comments: 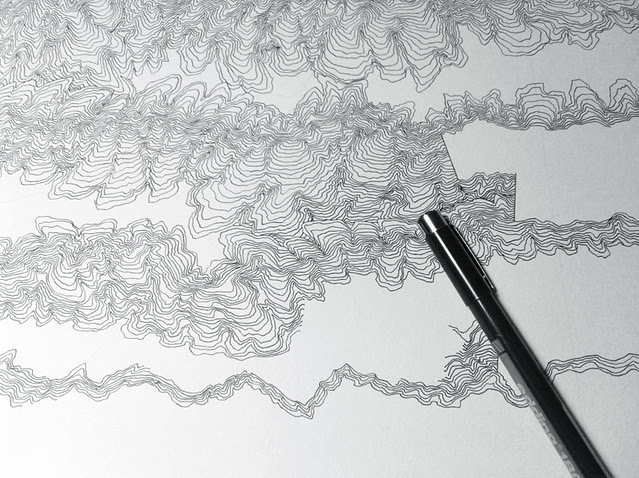 Rearranged my studio area and furniture. Finally its a conducive working space! Working on some new works at the moment.
Posted by debbie ding at 5:02 AM No comments:

Email ThisBlogThis!Share to TwitterShare to FacebookShare to Pinterest
Labels: studio

Last month I rented a vehicle in London to pick up stuff from outside London and I was allotted a BRAND NEW VW Golf straight from the showroom, with a million buttons, bluetooth, sd card reader, digital DAB radio, all the bells and whistles. The pedals (manual) were super sensitive, and everything was still mysterious. This generally meant that everytime I panicked and hit the indicators and buttons, the windscreen wiper would fly about, lights would blink, and the car would make beep sounds, adding to the general confusion.

It was good that the man at the counter was really busy, so he did not see this mad wiper/light/car-jerking-stalling action right outside the huge shop window as I spent the next ten minutes trying to recall how to start up a manual car in Central London lunch hour traffic.

(Note: people who still remember my "getting-stuck-trying-to-go-up-UOB-carpark-slope-in-third-gear-at-peak-hour" story, this trumps even that incident, except this time around, no one was there to witness my mortification...) 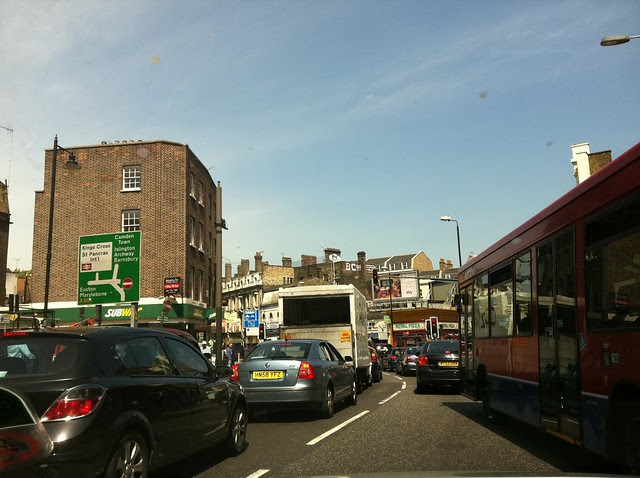 The story is generally that it was supposed to be a really simple half-hour drive back from Victoria (the pickup point) and Stoke Newington (my old house), and I had studiously mapped the entire route out already with a marker on my little A-Z map while standing at the counter. But the car rental guy told me that I could avoid the congestion zone (and the £8 congestion charge) by going by some devious route around the zone. As he spoke, he pointed to my map and accidentally smudged my carefully drawn marker line, which was still wet. I should have taken this to be a portentous sign and driven through the congestion zone anyway, but in trying to take his advice to avoid the congestion zone, I missed a turning and found myself in the nether regions of Maida Vale (west London).

MORTAL TERROR! AND FRANTIC CONSULTING OF MINIATURE A-Z! Which, doesn't help very much while driving. So I just drove around in circles around Central, desperately trying to find a familiar east london road like Old Street or Kingsland Road...

THREE HOURS LATER... I finally got back to Stoke Newington, where I was still forced to park ten minutes from the house because no one is allowed to park outside the house without resident's permit (due to its proximity to Arsenal's football grounds...).

Do you ever wake up in the middle of the night, wondering if your car parked a few blocks down has begun spontaneously combusting while you were away? I suppose for sanity's sake I better not buy a car in London if/when I move back there...

All I can say is that the experience as a pedestrian in London was much more pleasant than as a driver in London, where the roads are tiny, the road diversions are many, and the name of the road you are on is often not apparent as the only thing that is clearly signposted are the names of the roads running perpendicular to the road you are on. There is also nothing pleasurable about the start-stop driving with a manual car on small cramped London roads, plagued with construction boulders, unruly black cabs (one clipped my mirror, but no damage was done), and swarms of unpredictable cyclists. Fortunately my friend was much more steady at driving than me, so she helped me drive around on the other days.

I used to feel 'crippled' in the sense that I felt I couldn't afford to take too many cabs in London, yet the buses were wont to be late at times, or the tube might stop working, or some other public transport disaster might interfere with your onwards journey. So one might be late for something even despite one's best intentions, because of not being able to access the roads with a car. In Singapore I feel like I can get anywhere instantly because if the need arises I can afford to take a cab, and it will get me there as soon as possible. But after this driving experience... I have no idea how people even manage to get where they are going in London. The roads... are a nightmare. How does London even function? How do drivers and businesses cope with the massive jams and road diversions? This is a mystery to me...

But enough with the digression - what I meant to say is, I've never actually had a car all to myself before. Although i've previously driven VW campers and large transportation vans before, I guess driving other people's vehicles doesn't really count. So this makes it my first car, even if just for a weekend... and surely this is worth a photo moment: 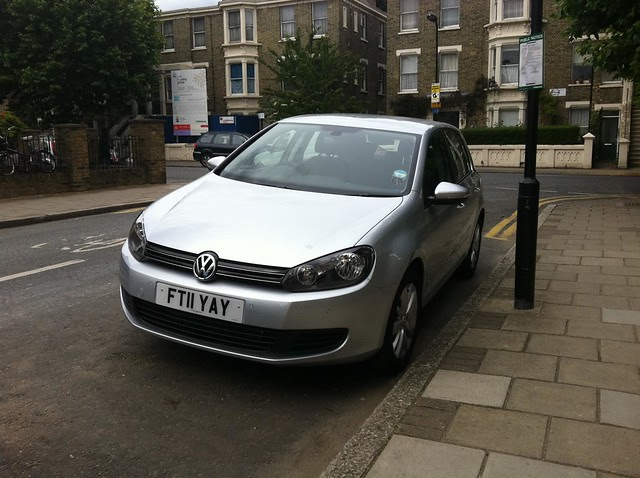 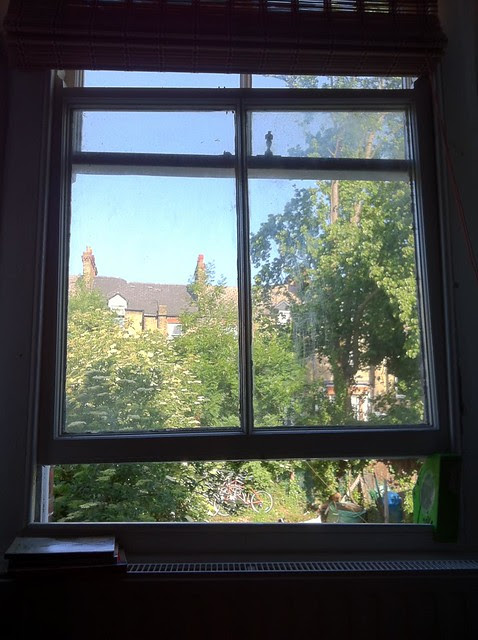 A DREAM ABOUT... PROPERTY TAX?

Yesterday night I had a dream in which I went back to my old house in London, which had been redeveloped by the landlord, but my friends were still staying there. In this dream, the entrance to the house was very tiny (as it has always been). But as i went up the stairs and with each successive floor, the house got bigger and bigger. There were now 5 levels to it. It was soon apparent that the top floor was the hugest floor, and the house must have been built in a sort of inverted pyramid.

When I got to the top floor, the logical explanation I came up with for this phenomenon in the dream world was that the houses were taxed by their footprint on the ground, ie: the land area the ground floor occupied, rather than plot ratio or the type of uses for the building (commercial/residential). So as a result, in the dream, people built houses with small ground floor areas and expanded vertically and horizontally on the higher floors.

I think the dream logic arises from my observation that residental flats in London seem to have very tiny house fronts but huge back gardens. I was told that the reason for such small housefronts facing roads was because some portion of the UK property-related tax (perhaps council tax, for maintaining roads and other public works) was calculated by how much of the house faced the main road. So a dream about houses with tiny footprints but larger floors when you went higher and higher was just a logical extension of this idea! (Funny how sometimes ideas come together only in dreams...)

Does anyone know more about property tax in the UK? So is it really responsible for affecting how houses have been built over there?
Posted by debbie ding at 6:25 AM No comments:

ARTIST TALKS
9 JULY 2011, 2pm
Goodman Arts Centre
Block B Gallery
Come down to Goodman Arts Centre on Saturday 9 July to hear me and the other participating artists talk about our works at the exhibition "Dream: Borderlands and other Territories". or just come by to see the works any time from now till 15 July.

'...this exhibition traverses the dual domain of waking and dreaming; in so doing, the nebulous interstices of hypnagogia are probed as well. These explorations run the gamut of potential angles of attack: From meticulous charts of individual dreams and general treatments of dream phenomena, to the instantiation of phantasmagoric scenarios, collective desires and forgotten futures.' - Bruce Quek


View Larger Map
Posted by debbie ding at 4:21 AM No comments:

I've been collecting pictures of manhole covers around cities in UK and Germany, because it seemed like the natural extension to my survey marker collection (which now contains spots from four different countries!). Short of waiting for a construction crew to come in, the manhole and its cover provides the most obvious gateway to the world underneath the streets of a city! 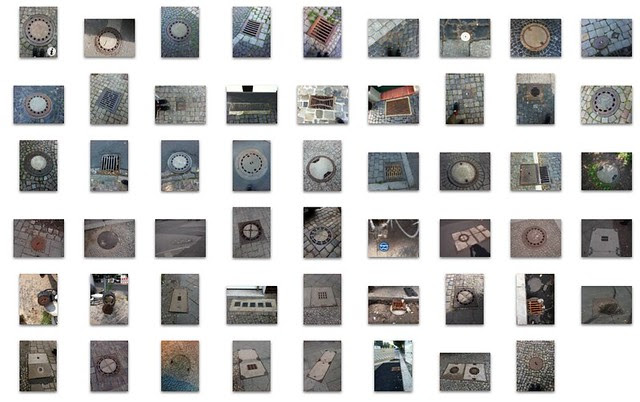 Thumbnails of Manhole Covers in Germany 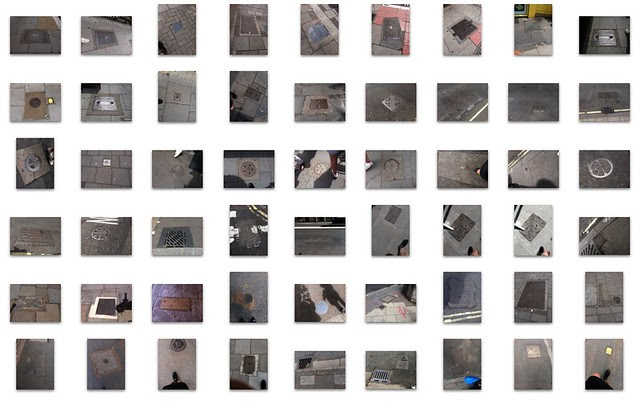 Thumbnails of Manhole Covers in London

Every single place I've been to lately seems to be undergoing constant construction work. Driving from central London to Stoke Newington, I seemed to encounter huge road diversions at every single turn due to the replacement of ancient victorian water mains or other major excavation and construction work, causing me to take a three-hour detour off into the nether regions of Maida Vale by mistake. And only with a miniature copy of the London A-Z on hand to find my way back...

A few brief observations: most of Germany's manhole covers are based on the same circular pattern with some variations. They also tend to be fairly spaced out. As for the manhole covers of London, they come in a great variety of shapes and sizes, and are scattered all over the street, sometimes with numerous clusters of them scattered haphazardly within a few metres, perhaps in testament to London's denser arrangement. I like to think drains are built because people need to look at what's inside, but also in a way maybe its also because things want to escape out from beneath. If i think of Berlin being characterised by its walls (berlin wall, brandmauers, gespenstermauers), then maybe it could be said that I think of London being characterised by things underfoot... London Underground... the tube, the sewers, basement flats...
Posted by debbie ding at 6:10 PM No comments:

Opening of Dream: Borderlands and Other Territories 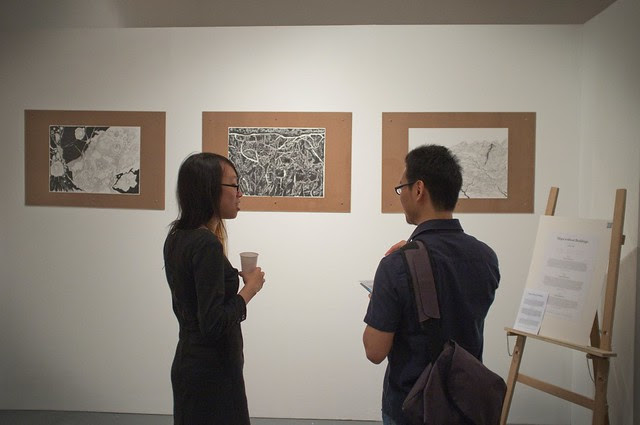 I'm back in Singapore now!

Quick update: After a hectic two days setting up the show right after touching down, its now at the gallery at the Goodman Arts Centre (better photos coming soon). I haven't had much time or internet connection to write while travelling through Berlin, Köln, Lengerich, Windsor, and London, but there are many more stories to recount, which I will do more of this week after things settle down.

Thank you to friends in London and Berlin who were kind enough to lend me their space or tables so I could work on these large drawings - especially Kaya, Rich, Richard Thomas, and Gunnar! Without having quiet spaces I probably couldn't have even tried to work on these while on the road. And thank you to Zai, Dawu, Kaiqun, Bruce, Mike, Mark Thia, Elizabeth, Mark Wong, Yuzuru, Kai, and all the others involved in putting the show together here in Singapore, and also building up the space (from what was essentially an empty room into a gallery space in a few days). Special thanks to Philipp and Jason Lee for helping me drill and mount the works at the eleventh hour (we finished mounting everything up at 7.50PM to be precise and then it opened at 8pm!). And of course thanks to all friends who came down to see the works and performances!

More information on the Map without Buildings series can be found here: 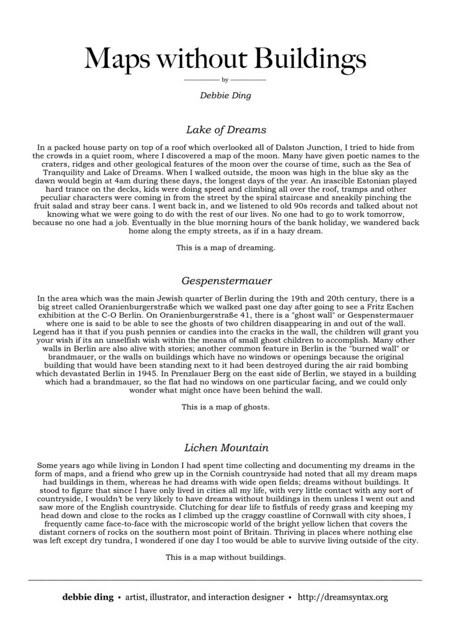 The exhibition is on at Goodman Arts Centre from 1-15 July so do come down!
It will be open from 11am-8pm daily, except for 15th when it will close at 1.30pm.
Posted by debbie ding at 4:29 PM No comments: